Wildwoodians, we are pleased to announce that our dreams have become reality: we have partnered with the amp company 45 RPM to produce a Wildwood-exclusive proprietary amp called the Sky 5e3. Our friends at 45 RPM have spent a year filled with blood, sweat, tears, elbow grease, and solder fumes refining the Sky 5e3’s design, and their hard work has paid off, because the Sky 5e3 is one of the finest amplifiers ever to grace Wildwood’s shelves.

In fact, the Sky 5e3 is completely unprecedented. Few amps have ever offered such a wide range of authentic, inspiring tones. It’s one thing for an amp to nail a single sound so perfectly that it takes you places and inspires you, but it’s quite another to capture six or seven iconic tones with obsessive accuracy and fit them all into one amp. That’s exactly what our friends at 45 RPM have done, and we could not be more excited to show their creation off to the world.

But before we get into tech talk and start examining the revolutionary design that makes the Sky 5e3 so special, I want to focus on something that trumps all specs: inspiration. Playing through a 45 RPM Sky 5e3 is one of the most magical experiences a guitar player can have. It’s the sort of amplifier that connects you to the elemental, visceral joy of playing guitar. When a piece of gear nails the sound of an era, I like to say that it makes me feel like I stepped through an enchanted door into a classic record. The Sky 5e3 is like a whole hallway of such doors, each leading to total immersion in an iconic sound.

Speaking of total immersion, I (Trevor, the resident Wildwood Scribe) have been lucky enough to have a Sky 5e3 parked next to my desk for the last two days (hey, I’ve gotta play it to write about it!). I can say for certain that they have been the greatest two days of my entire working adult life. I’ve had more “whoah, did I play that?” moments while playing through the Sky 5e3 than I can count. Now, I’m not saying that it made me a better player—only practice does that. But, some gear is so inspirational that it makes you dig deep and play at the limits of your technical ability while using all your creative powers. The Sky 5e3 is one of those rare amps that take you to that wonderful place.

Here’s a quick story that illustrates the power of the Sky 5e3. Brian, Wildwood’s resident acoustic expert, rarely dabbles with electric guitars. He was eating lunch over at the Wildwood web office when he heard me chugging away on some heavy chords on one of the Sky 5e3’s meaner settings. His eyes went wide and he put down his sandwich.

“I…I…want…that. I…need that. I don’t even play that kind of music, but that amp makes me want to learn how to.”

There you have it, folks. The Sky 5e3 is the sort of amp that makes dyed-in-the-wool acoustic aficionados want to trade their Martins for Les Pauls. It makes you want to surrender your good life for bad and head down to the crossroads to chase down that rock and roll hoodoo. Most importantly, it has an incredible capacity to enrich your music-making experience. So, without further adieu, let’s take a look at what makes this Valhalla-worthy machine tick.

A Tale of Two Preamps

Though it’s tempting to attribute the Sky 5e3’s otherworldly tone to some sort of witchcraft or sorcery, the truth has more to do with 6v6 tubes and outstanding circuitry than magic. The fine folks at 45 RPM have whipped up two outstanding preamp sections that serve as the foundation for a veritable mountain of tones. With these two channels, you can confidently cover almost any stylistic ground.

The first preamp, the 5e3, is based on a circuit from an old tweed-colored amp that was a top-of-the-line tube amp back in the fifties—a deluxe model, if you will. The second preamp, the Sky, takes its inspiration from the circuit of a certain Special amp known for its Overdrive. Toggling back and forth between these two sounds is a joy in itself, but this amp has so much more to offer.

On either channel, you can kick in 45 RPM’s High Performance Overdrive circuit, which creates some of the sweetest classic tones you can find on this beautiful ball of dirt and water we call home. You can also engage a different overdrive circuit called the BSC in either channel, which inserts a British-style tone stack after the drive section for rich yet articulate drive. In the Sky section, there are two additional controls: a midboost switch for extra thickness and punch, and a preamp boost that tightens things up. There is also an “HLC” push-pull on the volume knob that acts like a bright switch but with more usable, sweeter frequency response.

So, you basically have two channels with two different flavors of overdrive per channel for a total of six main sounds. Using the amp’s intuitive controls, you can dial in a whole host of subtle shades and colors to shape these six sounds and expand the palette of sounds the Sky 5e3 offers. The best part is that the amp comes with a five-button footswitch that allows you to toggle between the various tones with incredible ease. Here’s a brief overview of the many lovely sounds waiting in the vacuum tubes of the Sky 5e3.

The 5e3 section is the aural equivalent of the best plate of steak and mashed potatoes you’ve ever had. It has a simple circuit—just a volume, a master volume, a tone knob, and a presence knob—but it’s a world-beater when it comes to warm cleans and vintage American crunch. It’s snappy, responsive, and remarkably articulate. At low-gain settings, it has a wonderfully open, three-dimensional sound with full frequency response across the board, with a bit of extra woody midrange punch and lovely high-end chime. With the tone maxed, you get a bit more high-end jangle. With the tone rolled off, you get a solid brick of smooth, warm midrange. As you inch the gain up, the sound becomes more of a “gritty clean” than a “pristine clean” perfect for excursions into rockabilly, blues, country, and swampy CCR-esque rock. When you crank the gain, you are rewarded with lovely fuzzed-out tones that conjure up Neil Young and Crazy Horse at their wildest and grungiest.

If you have ever enjoyed playing a power chord in your life, chances are you will love the 5e3 channel with the High Performance Overdrive circuit kicked in. It sounds a lot like the Super British amplifiers that took the Lead in the volume wars of the sixties and seventies, which is another way of saying that it sounds like pure rock and roll. Whether your guitar hero is Page, Townshend, Clapton, Hendrix, or Angus Young, chances are you’ll find the same sort of delicious tones they dialed in for those canonical albums of the sixties and seventies. We’re talking thick, muscular, punchy midrange along with highs that wail like an old blues singer. The low-end is also just right: fat enough to rattle ribs, but well mannered enough to avoid sounding flubby. As with the clean channel, the attack is snappy and articulate. Crashing chords have just the right blend of sparkle and punch, and single-notes have an unholy amount of girth and weight.

When you engage the BSC control, the 5e3 channels vaults into territory usually reserved for boutique hi-gain modern British-style amplifiers. After the initial woody, percussive attack, a beautiful bouquet of rich, lush overtones bloom through the speaker. Few amps are able to project such impressive harmonic content without mushiness in the attack, but the 5e3 channel stays remarkably articulate despite being heavily laden with gristle. It has huge frequency response across the board, but it still maintains excellent balance and string separation.

The “Sky” channel has an appropriate name, because it is vast and it contains multitudes. It is able to accomplish things that most amplifiers cannot do. For instance, it manages to sound focused and clear while also sounding lush, warm, and all-encompassing. Those are usually mutually exclusive sounds, but the Sky channel manages to do both at the same time. At lower gain settings, it sounds crystalline and pure with silvery sparkle and chime in the highs, and round, warm, robust lows and mids. Rolling off the tone turns it into a warm and woody laser beam of midrange, while cranking it results in lovely Beatles-esque jangle. It is also remarkably articulate, and quite dynamic.

Once you’ve kissed the Sky in clean mode, engaging the overdrive will carry you into outer space. The tight and focused attack gives way to huge, round bass response and glassy, cutting trebles. The upper mids are quite vocal and expressive, too. Overall, this makes for a full-bodied, expansive sound with plenty of presence that never overwhelms the ear. Fans of any of the three kings (Albert, B.B., and Freddie), SRV, Hendrix, the Allman Brothers, or really just about any variety of blues or blues-based rock will want to clap their hands in delight after a lick or two. However, any fan of rich yet articulate overdriven tone will find much to love here.

With the BSC engaged, the Sky channel’s inner Mr. Hyde rears its head. The lows are warm and rich, the highs have lots of blooming bell-like overtones, and the midrange is snarls and barks like an underfed wolf. It’s as lush and three-dimensional as any boutique amplifier, but it has a bit of old-school rock and roll attitude, too. Chords sound thick and full, and single-note lines scream! The attack is also nice and tight, so things stay articulate. Like a wolf in a three-piece suit, this setting is fanged yet refined.

As you can see, the Sky 5e3 is an amp that presents the player with limitless sonic possibilities. It’s the musical equivalent of a ’67 GTO on a wide-open highway. It can take you anywhere, and it can do so in style. Hopefully, the information on this page will act as a roadmap that helps you get where you’re trying to go. One thing’s for sure: this amp will take you places. We invite you to take it for a spin and explore the vast universe of tone it opens up. We’re sure it will inspire you to embark upon many exciting fretboard adventures, and we know it will help you make all sorts of joyous noise. 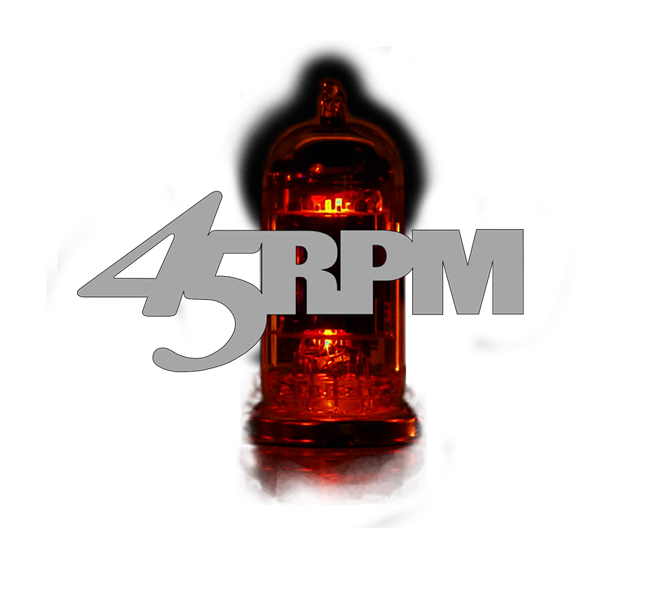